The Digital Twin and its Relationship to the AEP IoT Platform 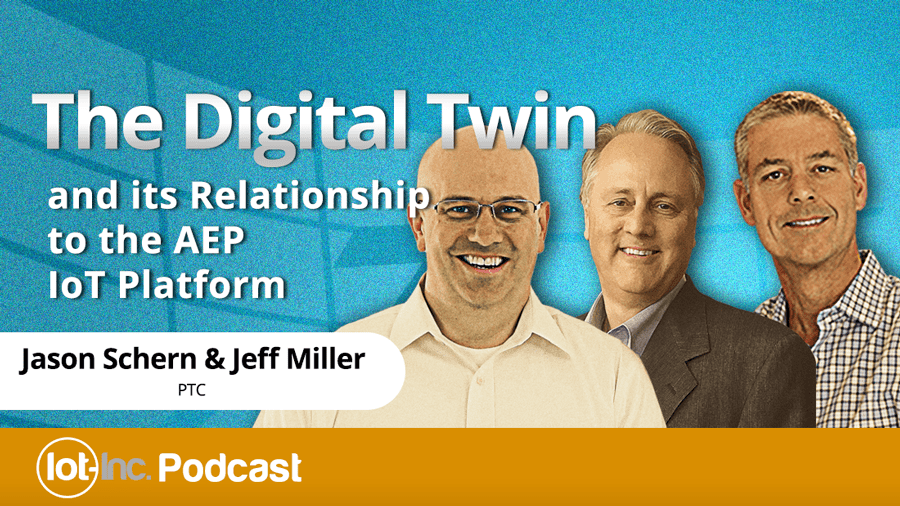 The IoT platform is generally thought of as networking tech – middleware to connect all the IoT components together – and often it is, but a certain class of platforms, the so-called, application enablement platforms, or AEPs, also provide the development and execution environment for the digital twin. In this episode of the IoT Business Show, the third in a series on the digital twin, I speak with Jason Schern and Jeff Miller about the dt and its relationship to the AEP.

In this episode of the IoT Business Show, the third in a series on the digital twin, I speak with Jason Schern and Jeff Miller about the dt and its relationship to the AEP.

The software-defined product, or digital twin, is a simulation of a physical product, system or environment. It’s defined by dynamic raw data and contextual information. It’s represented by living models that are used by analytics and executed applications and it’s orchestrated by the AEP IoT platform to work with other digital twins and their physical counterparts as well as with other systems, services and behaviors.

Should you use an integrated AEP IoT platform to develop digital twins or separate out the modeling and simulation functionality?