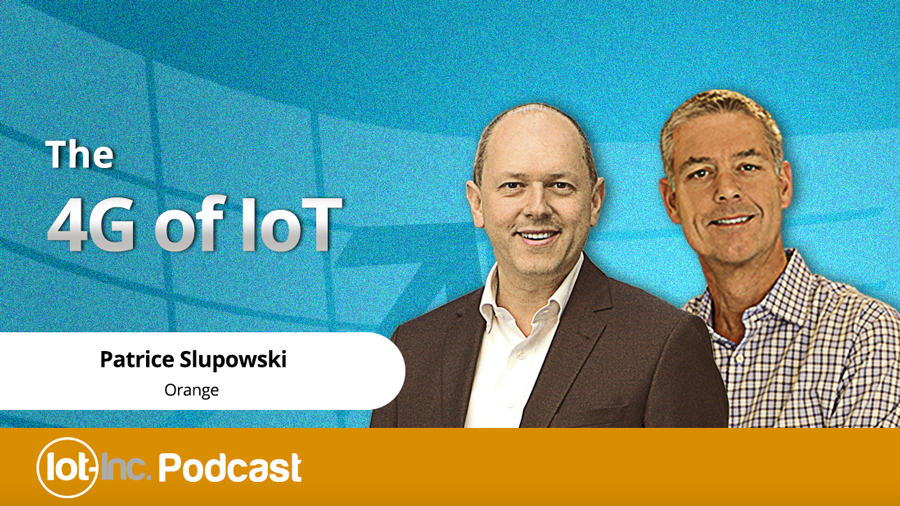 I have to admit, when the first real deployments of LPWA or Low Power Wide Area Networks were being lit up, I wasn’t all that bullish on the competition: Mobile Operators in IoT. Wrong tech with the wrong business model… Or so I thought. Fast forward a couple of years to today and those behemoths are getting their acts together. In this episode of the IoT Inc Business Show, I speak with Patrice Slupowski about the Mobile Operator approach to IoT and I have to admit… I’m impressed.

In this episode of the IoT Inc Business Show, I speak with Patrice Slupowski about the Mobile Operator approach to IoT and I have to admit… I’m impressed.

Patrice is Vice-President of Digital Innovation running Orange’s open-innovation corporate product marketing team. Between 1999 and 2006 he worked at various startups and before that he graduated from Paris-Dauphine University.

Cellular seemed like such an overkill for most of the outdoor use cases of IoT and with a history in mobile M2M, the business models were out of whack too – more like mobile handset business models – and that was a problem. IoT turns the handset model on its head. In mobile there are (relatively) few end nodes with high bandwidth requirements as compared to IoT where there are many end nodes with low bandwidth requirements. Over time however the different LPWA techs spread out nicely on the spectrograph, resulting in a logical place for each. That and the business models have come down to earth and Mobile Operators have started to add some pretty impressive services to go along with connectivity. The new net for me is that the Mobile Operators will play an increasingly important role in the future of the Internet of Things.

How would you grade Mobile Operators when it comes to LPWA?