Would you Like a Network with those Street Lights?

01 Oct Would you Like a Network with those Street Lights? 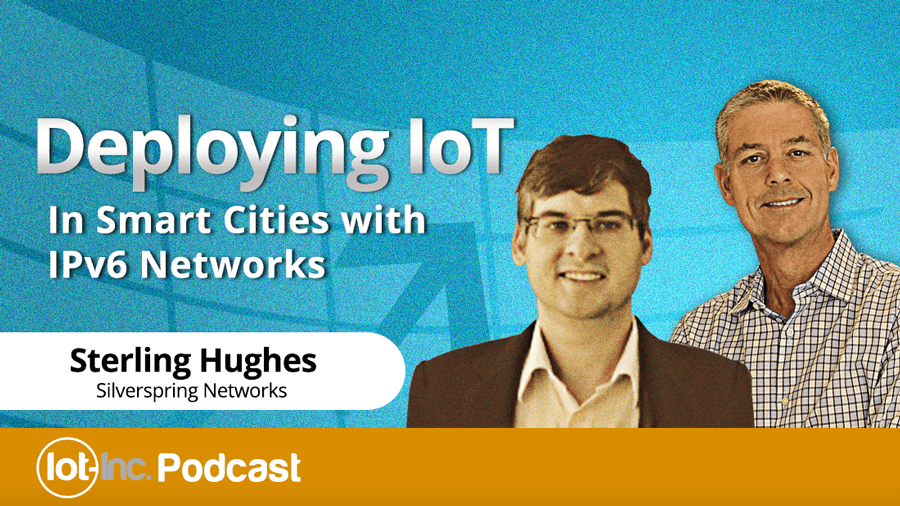 Wondering how IoT is being rolled out in cities? Look up… into the light. Streetlights are the perfect steppingstone to produce smart cities. Changing their bulbs to LEDs pay for themselves in 3-5 years but also present the opportunity to build out wireless mesh networks. These elevated networks allow more lighting control/efficiency and provide the foundation for other smart city services such as power and parking. In this episode of The IoT Business Show, I speak with Sterling Hughes about lessons learned in deploying Silversping’s networks in cities around the world. This is encore episode 4, of 4, which originally played in the IPv6 Show podcast.

I speak with Sterling Hughes about lessons learned in deploying Silversping’s IoT networks in cities around the world.

Sterling has been developing and deploying IPv6 networks for the Internet of Things for years. In fact Silver Spring is currently on their 2.0 version so lots of lessons have been learned from their early deployments. Listen to this episode to learn what he learned and to hear Sterling’s thoughts on standardization in the IoT space – where we are today and where things are headed.

What do you think about Silverspring's approach to deploying IoT in the city?