Blockchain in IoT and the Advent of Truthful Data

29 Sep Blockchain in IoT and the Advent of Truthful Data 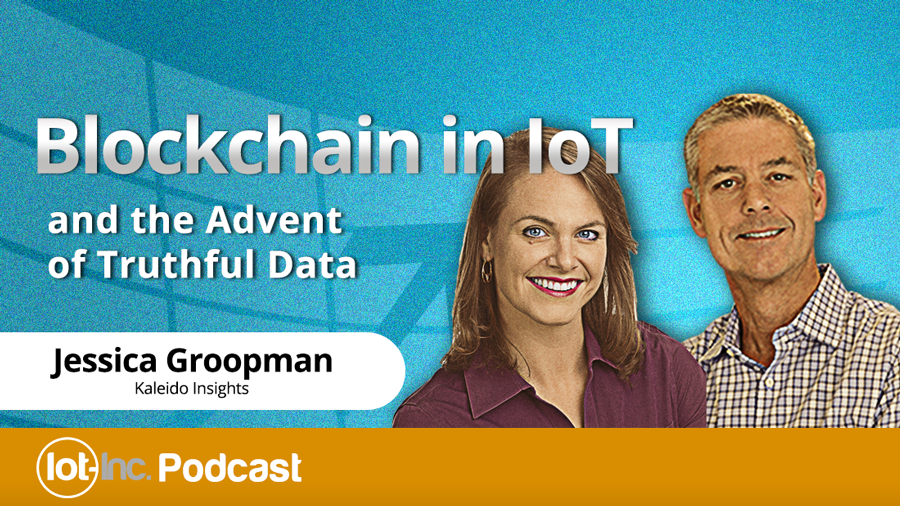 Blockchain. One of the few technologies more hyped than IoT. Put them together and it’s a hypefest. But is it warranted? Honestly, I don’t know but I can tell you, for me, the decision is not going to be based on if it’s cool tech, it’s going to be based on, if that cool tech contributes to making more money. In this episode of the IoT Business Show, I speak with Jessica Groopman about what blockchain is and how it fits into the Internet of Things.

In this episode of the IoT Business Show, I speak with Jessica Groopman about what blockchain is and how it fits into the Internet of Things.

Jessica is Industry Analyst and Founder at Kaleido Insights, a research and advisory firm specializing in innovation strategy, by analyzing new technologies’ impacts on humans, organizations, and society. Jessica leads the automation practice and conducts research on enterprise and consumer applications of IoT, blockchain, and artificial intelligence.

So far, what I see as the major value prop of blockchain in IoT is, “truthful data.” If it’s practical to use blockchain, and practical is the operative word, then truthful data plays a major role in identity management and security, but it could play an even bigger role in efficiency by eliminating the middleman in the operational and financial transactions between IoT systems and data sources. But the big question is, at what cost?

What are your thoughts on blockchain in IoT?