Tools and Frameworks for Applying AI in IoT

02 May Tools and Frameworks for Applying AI in IoT 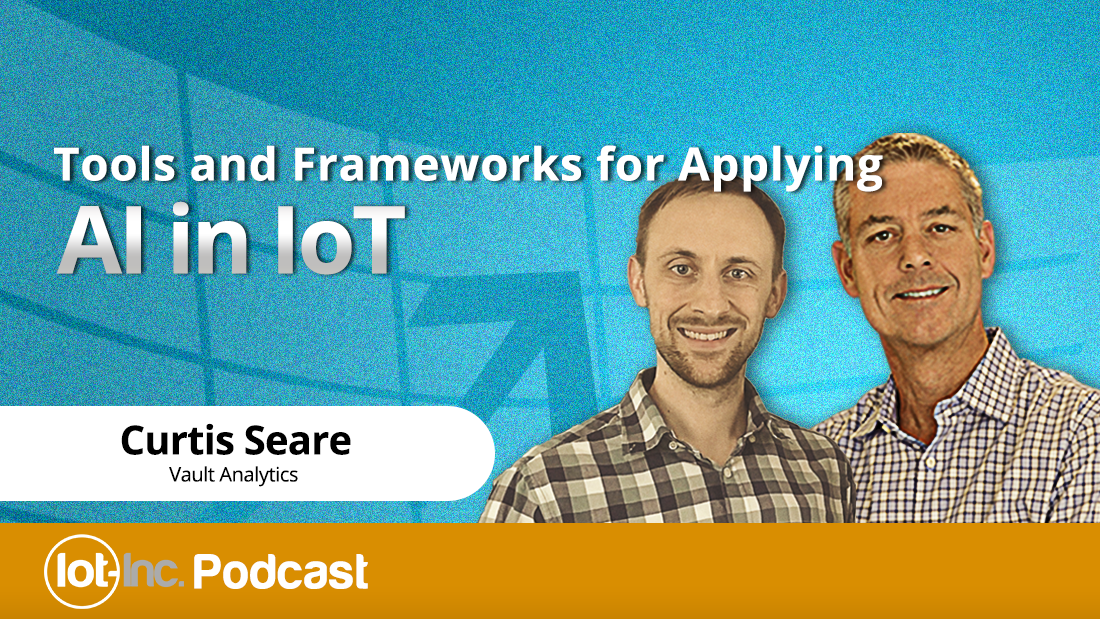 If you’re like me, before I started digging into AI, it all seemed so mysterious.  Not only how it worked but also how it was put to work.  But when thought of as a subset of analytics things come into focus – fast. In this episode of the IoT show I speak with Curtis Seare about the tools and frameworks used to incorporate AI into IoT projects.

In this episode of the IoT Business Show, I speak with Curtis Seare about the tools and frameworks used to incorporate AI into IoT projects.

Curtis cohosts the Data Crunch podcast and co-founded Vault Analytics, an AI and machine learning research and reporting company. He’s also the Director of Analytics at Shelfbucks, a retail analytics startup where he solves problems spanning IoT, AI and retail.

At a high level, AI consists of two main steps.  Authoring the model and then applying it.  Authoring is generally done with scripting languages, that can be open source (e.g. Python, R and their companion libraries) or commercial (e.g. Matlab), or done through GUI-based applications that can be standalone or part of an IoT platform.  Once the model has been created it is then used by the same or similar scripting languages and GUI-based applications to look into the past, to diagnose or describe, or into the future, to predict or prescribe.  Models can also be used in the present by the IoT application code.  So, the mechanics are the same as for analytics, what’s different are the techniques used to create the models – or as their called in AI, cognitive models.

What’s your experience with AI tools?