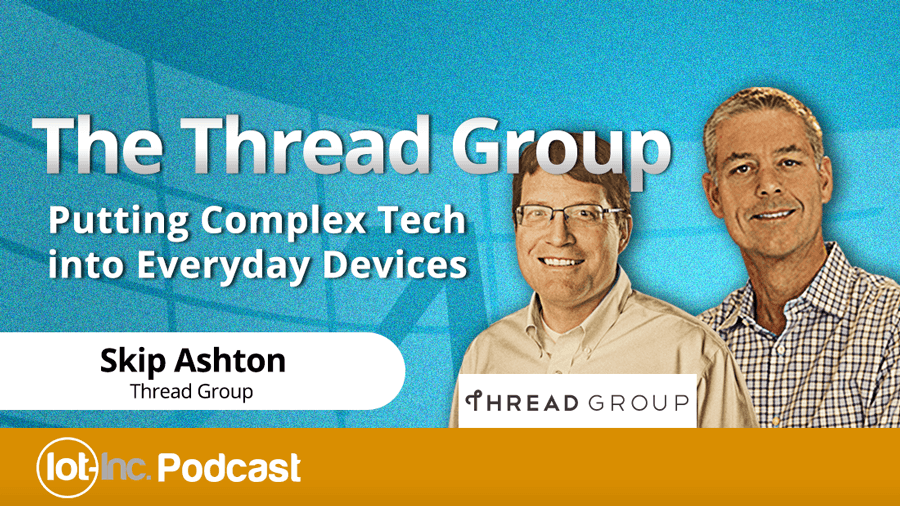 There are five main IoT alliances/consortiums/groups focused on the Internet of Things and I interview them all. The Internet Protocol for Smart Object (IPSO) Alliance – episode E3 has been around for a while but the Open Interconnect Consortium (OIC) – episode 9, the Thread group, the Industrial Internet Consortium (IIC) and the Allseen Alliance have sprung up recently. Depending on your focus, one or more of these organizations and are worth looking into when starting your IoT journey. In this episode of the IoT Inc Business Show, I discuss the third organization, the Thread Group, with Skip Ashton.

In this episode of the IoT Business Show, I discuss the third organization, the Thread Group, with Skip Ashton.

Skip is VP of Software at Silicon Labs where he’s responsible for the software for their MCUs, ZigBee and their short range wireless chips. He’s also Vice President of Technology at the Thread group. The Thread group is a not-for-profit organization responsible for Thread technology, education and certification.

The Thread Group is focused on the home and believes that, 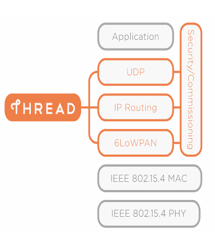 like 802.11 (WiFi Alliance) and 802.15.1 (Bluetooth SIG), a third radio, 802.15.4 is in need of a group to support it. The easiest way to think of Thread is that it is the WiFi for low-powered networks in the home. Sound like Zigbee? Well, it is, except unlike its antiquated, 15 year old counterpart, it’s modern and based on existing standards like the IPv6. The goal of the Thread Group is that when you see their logo on a product, it will transparently talk to other Thread-logo’d products – right out of the box.

Is the Thread Group needed? Should their focus be expanded beyond the home?