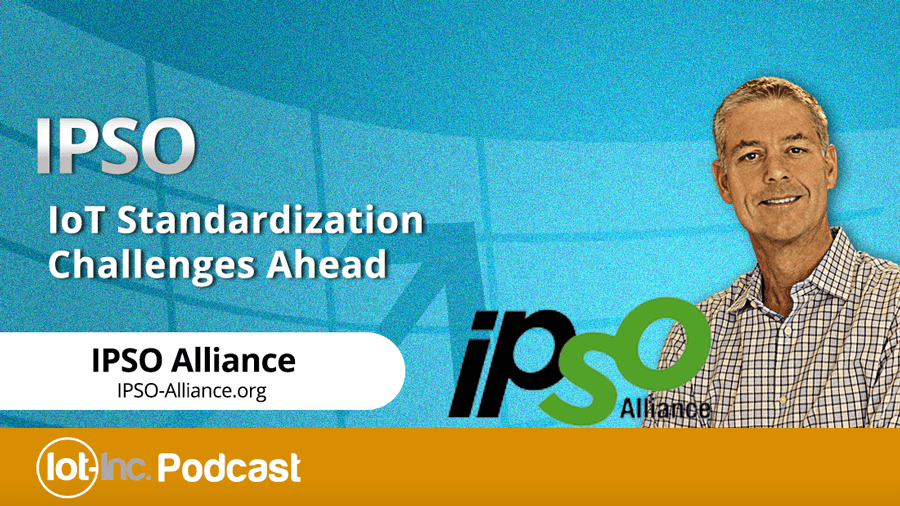 Alot of progress has been made in their first six years but there’s more work to be done.  In this episode of the IoT Business show I speak with IPSO’s head honchos to discuss the networking standardization challenges facing the Internet of Things and what they’re going to do about them. This is encore episode 3 of 4, which originally played in the IPv6 Show podcast.

I speak with IPSO about the networking challenges facing the Internet of Things and what they’re going to do about them.

The IPSO Alliance is a global forum, including many Fortune 500 high tech companies. It serves as a thought leader for the various communities looking to the Internet Protocol as the network to connect Smart Objects.

The challenges facing IP in the Internet of Things six years ago when IPSO was formed sound a lot like the challenges it faces today. But this can be deceiving. Changing an industry as large and complex as IoT will take time, a lot of time. And while IPSO may be out-manned and out-gunned by competing special interest alliances, they are on the right side of technical history. All other networking protocols, over time, will be drowned out by the rising tide of IP and IPv6.

But this is not without its challenges. IP is not an end by a means to an interoperability end. Routing bits between smart objects is a good start but these objects need to be smart enough to operate in different deployments, cracking the current silos they live within. Only then will interoperability foster innovation and lower costs, allowing the Internet of Things to approach its true potential.

How do you think the IPSO Alliance is doing? Do you disagree about the future of IoT networking being IP? What’s next for this alliance? How do they compare to the newcomers on the block?