A Symbiotic Partnership between Standards Bodies and Consortia

17 Mar A Symbiotic Partnership between Standards Bodies and Consortia 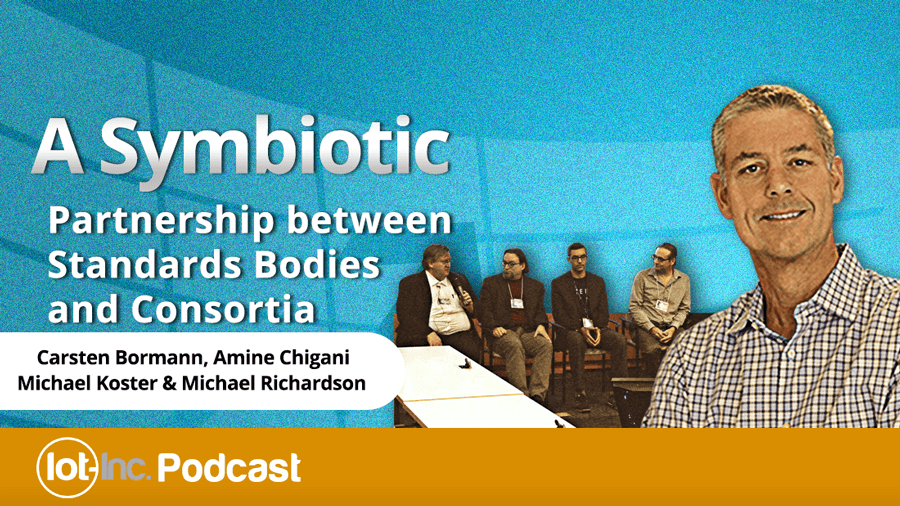 There’s a symbiotic partnership between standards organizations, like the IETF and IEEE, and the non-profit alliances, groups and IoT consortia. The IoT industry needs standards but sometimes the standards organizations, when left to their own devices, can be guilty of satisfying only the vendors’ needs who are on the committees or being too broad, satisfying everyone but producing nothing of value. The non-profit IoT consortia play a major role in driving requirements for these standards and their subsequent testing, certification and marketing. The grey zone is when the consortia get into the standards game. There’s value in making “standards” of standards but it can also be detrimental to the industry at large when they are not made open to the public.

In this episode of the IoT Inc Business Show, I discuss the IETF, IEEE, IPSO, the Open Interconnect Consortium, the Thread Group, the Industrial Internet Consortium and the AllSeen Alliance with panelists Carsten Bormann, Amine Chigani, Michael Koster and Michael Richardson.

Like podcast 8, this podcast is a little different than my typical format. It was recorded at the gogoNET LIVE! 5 conference during the Panel Discussion: Making Sense of Standards Bodies, Alliances, Associations and Consortia. I discuss the IETF, IEEE, IPSO, the Open Interconnect Consortium, the Thread Group, the Industrial Internet Consortium and the AllSeen Alliance with panelists Carsten Bormann, Amine Chigani, Michael Koster and Michael Richardson.

As part of this podcast series I have interviewed all the alliances/groups/consortia mentioned in this show but this panel discussion provides a useful “outside” perspective on the role of these organizations in the IoT industry.

Did we miss any important IoT consortia? What makes them worth the money to join?