Increasing Your Company’s Data IQ with its Own Datamart 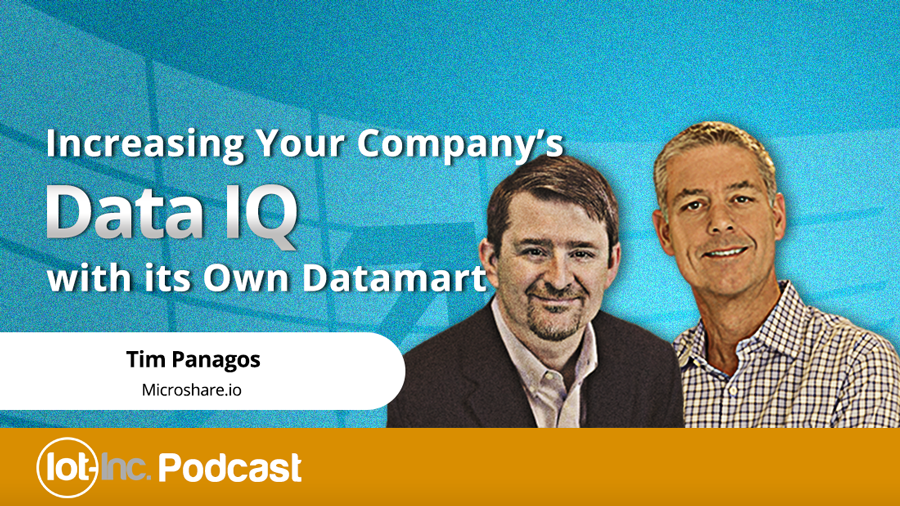 U sing external data in addition to your internal data is strategic. Besides public microservices, business systems, and IoT products, an emerging source of external data is the datamart, otherwise known as the data marketplace or data exchange – places where you can buy and sell data on the open market. But should you sell your data and are there any other options to do so? In this episode of the IoT Business Show, I speak with Tim Panagos about setting up your own datamart and the inherent value in doing so – even if you don’t plan on selling anything at all.

In this episode of the IoT Business Show, I speak with Tim Panagos about setting up your own datamart and the inherent value in doing so - even if you don’t plan on selling anything at all.

Tim is the Chief Technology Officer at Microshare.io, where he manages product development and tech strategy. He has a background in Artificial Intelligence and his most recent endeavor is to bring enterprise grade data management solutions to the IoT space.

In most companies the process of data collection is not formalized. It is generally approached ad hoc on a case by case basis. The notion of dataOps is still very new as is the notion of a common data platform. This will change whether we want it to or not. Besides the direct relationship between high quality data and value, governments are going to get increasingly involved. The GDPR is just the first, and maybe (hopefully) the most extreme example of government intervention. But make no mistake about it, more regulation is on its way. Value creation and regulation will force organizations to improve their data governance and setting up a datamart, even if it’s only going to be used internally, is a great way to force and enforce the discipline that will ultimately raise the data IQ of your organization.

Would you even consider selling your company’s proprietary data?