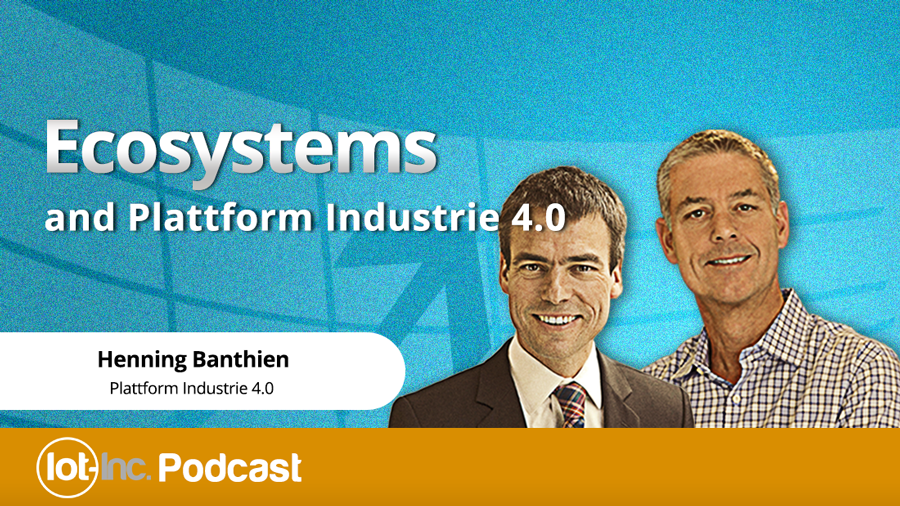 I don’t want to be accused of being a hammer but if you think about it, IoT is the tech behind digital transformation. If your definition of IoT doesn’t include data science like mine does, then the technologies at hand are IoT and analytics and AI. Industrie four-zero addresses this tech as well as the political, environmental, corporate and academic issues that pave the way. In this episode of the IoT Business Show, I speak with Henning Banthien about the unique and effective approach Plattform Industrie 4.0 takes in digitally transforming the discrete manufacturing industry

In this episode of the IoT Business Show, I speak with Henning Banthien about the unique and effective approach Plattform Industrie 4.0 takes in digitally transforming the discrete manufacturing industry.

Henning is the secretary general of Plattform Industrie 4.0, one of the largest international and national networks for the advancement of digital transformation towards Industrie 4.0. He is an expert in the areas of sustainability, governance and of course, Industrie 4.0.

Plattform Industrie 4.0, the group behind the concept, takes a different approach than other consortia, foundations and groups. They develop an ecosystem laser-focused on the digitization of manufacturing, from product cradle to product grave, taking a holistic approach that serves an entire industry but stops short of commercialization. Being pre-competitive, as they term it, enables competitors to work together alongside government officials, researchers and labor unions to develop a common vision that each constituent does their part to implement. Although German in origin its affects are felt throughout Europe and around the world. Listen to this episode to better understand Plattform Industrie 4.0 and to decide if this ecosystem is right for your company.

Do you think every company should join an IoT consortium, alliance or group?