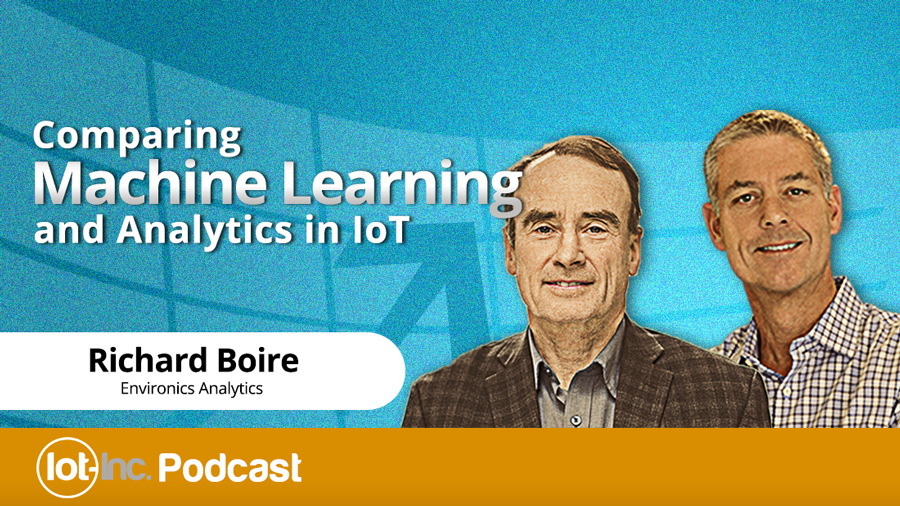 Although AI has been around for over 60 years, it’s only been relatively recently that it’s been practical to apply it to real world problems such as those found in IoT. One, because the computational power is now available and two, because vast amounts of data are now available to train it. In this episode of the IoT show I speak with Richard Boire about the differences between artificial intelligence and analytics in the context of IoT.

In this episode of the IoT Business Show, I speak with Richard Boire about the differences between artificial intelligence and analytics in the context of IoT.

Richard is senior vice president of innovation at Environics Analytics. He has over 30 years of experience in data science and has developed predictive analytics solutions in virtually all industry sectors. And his book, “Data Mining for Managers” was published in 2014 by Palgrave McMillian.

One way to differentiate AI and analytics is to think of AI as a technique for automating analytics. They both depend on statistics, in fact, often the same statistics. But AI is more dynamic, algorithmically applying and then changing and then applying again, statistical techniques to the problem at hand. The best example of this is in the branch of AI called Machine Learning. The learning part is active, using trial and error and sometimes reinforcement to uncover the best cognitive model. Think of it as statistics wrapped in code. Different code represents different learning techniques but at its core is the same math that’s statically applied by analytics.

What’s your experience in pivoting in IoT?